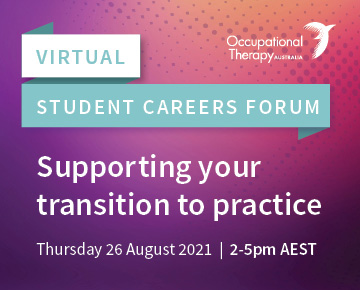 Home About About The Association

In 1953 Western Australia formed a separate Division and in 1961, all State Associations become State Members of the Federal Body. The South Australia Division formed in 1963 followed by Tasmania in 1971, the ACT in 1979 and the Northern Territory in 1986.

The Inaugural Members Commemorative Roll is a list of members, who either joined or renewed their membership on the occasion that the single entity, Occupational Therapy Australia, was formed.

The functions of the Council include:
"To represent the interests and provide services to members affiliated with the Division to determine and respond to matters that affect the members of that division which do not directly affect the members within another Division to conduct the activities of the division in an effective and efficient manner in accordance with the Strategic Plan and the directions of the Board to provide advice to the Chief Executive Officer and the Board regarding operations of the Division."

To be eligible for nomination a nominee must be a full member of Occupational Therapy Australia, as must both the nominator and seconder.

Occupational Therapy Australia supports the development of numerous interest and regional groups throughout Australia. These groups bring together like-minded members interested in a particular area of occupational therapy practice, or members based in a specific geographical location, to discuss various practice issues.

Interest Groups and Regional Groups also act as resources for Occupational Therapy Australia to draw on for expert opinion on particular issues.

For more information or to join a Special Interest or Regional Community Group, visit Member Resources.