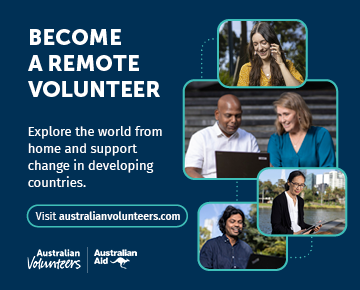 Northern Territory Chief Minister and Treasurer Michael Gunner has unveiled a $1.4 billion budget deficit in the upcoming financial year. Although the Territory economy has bounced back strongly from the pandemic, driven by windfall GST revenue, by the end of the decade NT net debt is still expected to reach $13.7 billion.

The Territory's economy is expected to grow this financial year by 4.2 per cent, up from last budget's estimate of zero per cent.

There continue to be issues around urban housing needs while significant amounts of money are being spent on remote housing. Pete Macmillan, Executive Officer with NTShelter, says: “… we are not having the conversation around urban and if we don't get that right over the coming years then we won't be able to support the jobs and population growth …”

An additional $13.2 billion has been committed to the National Disability Insurance Scheme in the NT over the coming four-year period.

Funding of $2 billion over four years has been set aside for early childhood education across the Territory, supporting access to at least 15 hours a week for all children in the year before school.

There is a $2.3 billion investment in improved and expanded mental health care and suicide prevention programs.

Key measures include $8.5 million for jobs development for regional councils, $3.5 million in workforce and business development programs, $1.7 million to train Aboriginal mentors and rangers to enable Aboriginal communities to access economic opportunities from fishing, and $1.6 million for continued investment in a Regional Workforce Strategy.

The Territory Labor Government is investing $964,000 in a program to inspire Aboriginal students to strive for better education and employment outcomes. The Aboriginal Students Aspirations Program will be trialled in secondary schools across the Territory in Semester 2 this year with the program fully underway by 2022.

Funding of $1.1 billion has been allocated to support victims of violence, including financial and legal assistance and emergency accommodation.