The Lifetime Achievement Award is granted to Occupational Therapy Australia members who have shown meritorious services in the field of occupational therapy while displaying exemplary contributions in support of the Association.

Lee Zakrzewski
Lee graduated as an occupational therapist in 1973 and has been a continuous and active member of the Association since that time. She has worked as a clinician and manager for a number of years before taking up a series of academic appointments. Lee is known as a pioneer and expert in fieldwork education around Australia and completed her doctural studies in this area. In addition to her outstanding contribution to the occupational therapy profession through the development of fieldwork programs, Lee has played a significant role in supporting and representing the Association locally, nationally and internationally.

Thelma Burnett
Thelma graduated as an occupational therapist in 1969 in WA, and since then has been a member and an active contributor to her professional association, and to her profession in the workplace. She is one of a small number of occupational therapists who has almost continuously held a position on at least one committee or working party for the profession throughout the length of her long and distinguished career. She has made a significant contribution and worked tirelessly for the profession at local, national and international levels for nearly fifty years.

This award is currently closed; applications will open towards the end of 2019.

OTA works with Universities to support a range of awards.

Student Award: Highly Commended for Engagement with the Profession

Professional Excellence and Contribution to the Profession

The Gwendoline Sims Memorial Award aims to provide an occupational therapist with financial support to further self-education and professional growth, either by conducting a relevant study or an investigative project.

The Gwendoline Sims Memorial Award is in memory of Gwendoline Sims. Ms. Sims was the first occupational therapy graduate in Australia, the first Sylvia Docker lecturer and for many years, Vice President of the NSWAOT (now OT AUSTRALIA NSW). Her contribution at both State and National levels was particularly significant.

Trustee prizes are bestowed unto members as a result of bequests left to Occupational Therapy Australia.

This fund enables recently qualified occupational therapists (qualified for up to 3 years), and this year for the first time, final year occupational therapy students, to broaden their education and experience within the profession up to the value of $15,000.

Elizabeth will be attending the Housing/Home Modifications Conference in Belfast (November 2017), to be held by the College of Occupational Therapists (Housing section) in the British Association of Occupational Therapists. The theme of the conference is “Housing, health and social care: the keys for independent living”. By being awarded the prize, Elizabeth will be presenting on her research on measuring home modification outcomes and to provide information on housing, health, and social care work together in Australia.

As an adjunct to the conference, Elizabeth will have the opportunity to meet with key stakeholders in the Belfast housing service and The Centre for Excellence in Universal Design in Dublin.

We look forward to hearing about all the learnings from Elizabeth’s trip, particularly working with OTAs Home Modifications Reference Group and stakeholders in the policy realm.

These Research Awards acknowledge a member’s contribution towards the advancement of the research base of occupational therapy in three categories, Open, Postgraduate and Undergraduate.

There are awards in three categories:

Category 2 - Mid Career Researcher
This category refers to research conducted by an occupational therapist 5-10 years from the award of their PhD or with equivalent professional standing.

Category 3 - Clinical Researcher
This category refers to research undertaken by an occupational therapist, who holds a substantive clinical position.

Category 4 – Research Team
This category refers to research undertaken by a team where the lead investigator is an occupational therapist.

This award is currently closed.

The Mary Rankine Wilson Memorial Award for Professional Excellence is an annual award for Queensland OTA members. This award was established in 1994 to honour the memory of Mary Rankine Wilson AM. Mary was a founding member of the Association and past president. She was a great visionary for the occupational therapy profession, a quiet achiever who encouraged a high standard of professional skills and involvement in our professional association.

The Mary Rankine Wilson (MRW) Memorial Award is awarded to those showing a high standard of professional skills and involvement in our professional association.

This award is currently closed.

OT of the NT Award

The OT of the NT Award is given to an occupational therapist working in the Territory who has made an outstanding contribution to their profession. This award provides ongoing recognition to our members, many of whom represent the profession and the Association on a long term and consistent basis, as well as acknowledging that they are simply remarkable Occupational Therapists.

Applications for this award close 31 August 2019. Download further OT of the NT Award information including Eligibility Criteria and Selection Process details and contact OTA to apply.

Clinical Research Bursaries are offered, on a competitive basis, to occupational therapists who are current members of Occupational Therapy Australia residing in NT/QLD. Applicants may vary from those already undertaking clinical research to members wishing to commence clinical research.

Louise, along with dedicated groups of volunteer members, (particularly during the 70’s and 80’s) worked to provide all member services to keep the association moving forward with the vision of a strong and well respected profession.

To recognise the outstanding honorary endeavour or achievement, by an individual member, that contributes significantly towards the objectives and the strategic plan of the Victorian Division. This contribution to the Association may be of a short, intensive duration of about one to two years or over a more extended period of time.

Nominations for this award are now closed. Download information including Eligibility Criteria and Selection Process details and contact OTA to apply.

This award recognises an outstanding contribution made by a person who has worked closely with members of the occupational therapy profession to significantly further and enhance the objectives of Occupational Therapy Australia Victoria Division.

Nominations for this award are now closed. Download information including Eligibility Criteria and Selection Process details and contact OTA to apply.

This award recognises innovative practice and demonstrated excellence that has benefited or improved the life of a client, group, process or service.

Download information including Eligibility Criteria and Selection Process details. To apply or nominate please fill in the application form and send to wa@otaus.com.au

Download information including Eligibility Criteria and Selection Process details. To apply or nominate please fill in the application form and send to wa@otaus.com.au 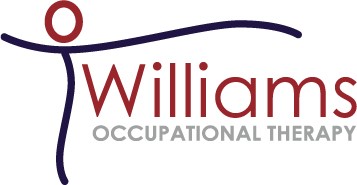 This Award recognises the valued contribution of South Australian OTs who have initiated, or assisted in the development of an, innovative model of service delivery within the last 5 years.

Nominations are now closed for this award.

This Award highlights the achievement of a project by South Australian OTs that involves research into some aspect of occupational therapy where there is little current published knowledge which progresses the capability of the profession in improving community outcomes.

Nominations are now closed for this award.